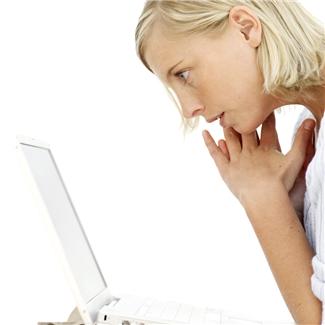 When you’re looking for a cutting edge way to build your brand on social media, sometimes the answer is found by stepping outside yourself—and into the persona of your book’s main character!

Why, you ask? Just like trying to get an excerpt of your novel published in a literary journal, setting up a Twitter account with a good-sized following can show agents and publishers that your story has mass appeal. Each new follower your character accumulates can grow into a potential reader, so you can build up a fan base before your masterpiece even hits the shelves!

Here’s What You Need To Know About How To Tweet As Your Character:

All the same rules apply. Even though your character may be fictional, the Twitterverse operates under real life “laws.” Tweet regularly with original well-thought-out content. Follow accounts with similar interests/themes. Respond to others and try for retweets. Check out our article for Twitter Tips: 11 Ways To Gain More Followers.

Come prepared. If you want to create a successful account, you need to have a REALLY good sense of your character’s background and voice before you start tweeting as him/her. While you may find that your character will develop and evolve with time during this endeavor, you’ll run out of material after a while if you don’t master the subtle nuances of their personality from the beginning. (For more on this, read  Character Development In Stories and Novels and 5 Ways To Make Your Characters More Three-Dimensional.)

Get in his/her head. People will identify with what they feel is a believable persona, even if they know it’s just a character. Try your best to remove yourself from the experience for the purest level of expression. Have him or her talk about what’s going on that day in regular, day-to-day situations.

Don’t feel limited by the story. Just because your book is set in another time or an unusual place doesn’t mean that your character isn’t right for Twitter. Your character can tweet from another planet or a medieval courtyard. In fact, exotic settings may drum up intrigue. On a related note, don’t feel as though you have to confine what he/she is saying to the parameters of the book itself—it can take place before or after your story, or be completely removed from it altogether.

Respond to trends. Because Twitter is the most fast-paced of the social media sites, you have the opportunity for constant “tweet-spiration.” For example, if you’ve written a romance novel, have your young female protagonist live tweet during episodes of Girls. If your protagonist is a CEO, comment on the latest business news. If you’ve got at YA book, you’re especially lucky because you can chime in on a lot of the teen culture trending topics. The possibilities are endless.

Don’t get in trouble. Twitter does, in fact, have its own policy in reference to “Parody, Comedy, and Fan Accounts,” so be sure to get familiar with these guidelines if what you’re going to be tweeting could be controversial.

With the popularity of parody accounts like Lord Voldemort and Fake AP Stylebook, you can hop onto this trend while simultaneously building interest in your book. Granted, while those big names attract a lot of attention because they’re well known, that doesn’t mean your main character can’t rise up in the ranks among them. Ultimately, what sets the best tweeters apart from the hundreds of millions of active users is how compelling and original your contributions are.