Writers: How To Deal With Negative Comments or Feedback Online 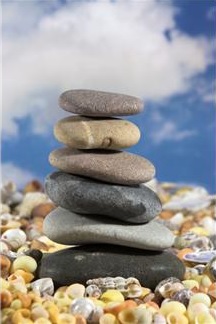 There are some media personalities out there who thrive on conflict. They LOVE responding to negative comments that challenge or even harass them on their Facebook or Twitter pages. They build their reputation on outrageousness, polarizing debate, witty put-downs, and negativity.

But if you’re a professional writer trying to make it in the publishing biz, chances are that’s not your M.O. When we “regular folk” get negative comments, reviews, and criticisms online, it can be a painful situation. What to do? What to say? When we see smoke, we want to put out the fire as soon as possible instead of fanning the flames.

How To Respond To Negative Comments, Critique, Reviews, And Feedback Online

Step 1: Stay cool (or take steps to cool off). If you shoot first and ask questions later, you’ll only inflame the situation. Remember: A negative comment isn’t the end of the world; it’s a blip on the radar. Be sure you’ve got a cool head and a rational perspective. This, too, shall pass (if you let it).

Step 2: Don’t make assumptions. Sometimes, the reason people post negative reviews or comments has very little to do with the actual issue at hand. You can’t know what’s going on in a negative commenter’s personal life: Maybe he/she had a bad day/got fired/is bitter in general.

Here’s the truth about people who leave vitriolic negative comments or nasty reviews: You don’t have to take what they say personally. Ever. Because you don’t have all the facts. All you have are a few words dashed off by a stranger that probably didn’t articulate the big picture. And who knows? The negativity might not even be truly about you or your writing.

So before you even think about replying, step back and assess your own state of mind. Where are you coming from? What assumptions are you making? Is there more to the story than what you can see?

Step 3: Consider a non-engagement policy. We don’t recommend ignoring comments. Sometimes the best thing to do when you get a negative comment is just to say Thanks for the comment and let it go.

Some commenters will leave negative comments in an attempt to draw you out, to get your attention, or to rile you up. By not engaging, you might diffuse the situation (because you allowed your commenter to say what he/she needed to say without censorship or reprimand). In most cases, arguing won’t change the commenter’s mind anyway.

So if the comment is a minor negative issue or if a critique or review ruffles your feathers in a small way, it may be best to just let it be. People are entitled to their opinions.

Step 4. Know when it’s important to make a rebuttal. If the person who has left a negative comment on your website or social network has:

then you might want to take steps. If the comment is really bad, most social networks will allow you to block that person. Or you can consider a measured, professional reply that shows you won’t get dragged into a flame war.

Here are some tips to help you craft your response to a negative review or comment.

Now that you’ve decided to reply to your negative commenter, consider riffing on this “formula” for your response.

If you’re on the Web long enough, you will encounter Debbie Downers. But don’t sweat it! Treat it the way you treat all your professional obligations: with moderation, education, and a grain of salt.

QUESTION: How do you deal with negative feedback on your social networks?