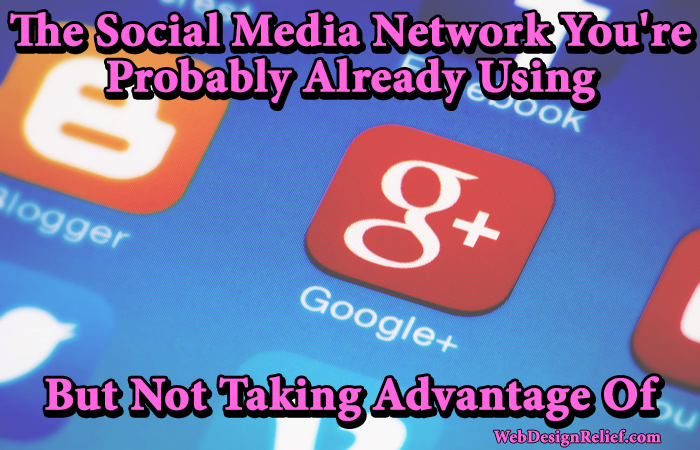 UPDATE: As of October 2018, Google+ is no longer a viable social media platform.

As a hardworking writer, you’re probably already Tweeting, uploading images to Instagram, crafting scintillating Facebook posts, pinning pictures to your Pinterest board, blogging on Triberr, and maybe even recording your book signings and readings for YouTube. So the thought of tackling another social networking platform might make you want to toss your computer keyboard through the window.

But if you have a Gmail address or a YouTube account, you’ve already been assigned a profile in G+—why not take advantage of what’s already available?

From the platform’s launch in June 2011, Google registered a profile to anyone with a Google account or a Gmail address.  So while the number of users increased exponentially, only a fraction of those folks—mostly techies—fully embraced the new forum.  This is why G+ is the second largest social network in existence, yet it still lags behind Facebook and Twitter in terms of the amount of time people spend on the platform.

With the massive power of Google behind it, G+ has several features that are particularly exciting for writers.

G+ works a lot like Facebook but with different terminology.  Instead of custom lists, G+ has “circles.”  Instead of groups, G+ has “communities.”  Both social media networks have a running stream of posts, so it’s easy to imagine G+ as a less active version of Facebook.

Yet G+ differs from Facebook in a few important ways:

Good news!  There are several strategies for folding this platform into your existing social media marketing efforts without dedicating more of your precious spare time to creating fresh posts:

G+ is a must for certain fiction genres and nonfiction writers. But no matter what genre you write in, explore G+ a little further and you just may find yourself interacting with a whole new community of book-loving fans.

QUESTION:  How many hours a week do you dedicate to social media?  How important is it in your marketing efforts?